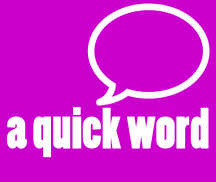 It is curious that it is deemed newsworthy that Chris Bowen, shadow treasurer, was briefed on modelling commissioned by Bongiorno and Partners last year. The BIS Shrapnel report warned of deleterious effects on the housing market should Labor proceed with its changes to negative gearing. Bongiorno and Partners was, in fact, the same company whose warnings the then treasurer, Paul Keating, ignored before he abolished negative gearing in 1985.

In the face of a full-scale scare campaign by the property lobby Keating backed down and restored negative gearing in 1987. Subsequent investigations done by leading economist Saul Eslake, found that increases in rentals in Sydney and Perth were due to a tighter market in those cities and were not related to the tax change.

Significantly, there was no uniform rent rise across capital cities. During that period real rents fell considerably in Brisbane and Adelaide, while Melbourne experienced no real growth in rents. Within two years of Keating’s retreat, landlords rushed in and bought multiple properties. House prices then jumped by 60 per cent and many first-home buyers were squeezed out of the market.

One thought on “The real history of negative gearing”