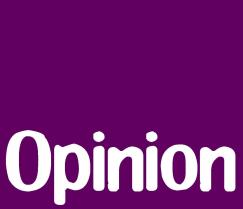 In 1985 Paul Keating decided that negative gearing was “an outrageous rort” and removed it from the entitlements enjoyed by home-owners.

When economist Saul Eslake recounted his investigation into the impact of Keating’s abolition on housing, he quoted Hitler’s propaganda minister, Joseph Goebbels, who is alleged to have said that if a lie is big enough and you tell it often enough, it becomes truth.

The property lobby at the time launched a huge scare campaign against changes to negative gearing made by Paul Keating. They claimed that it would play havoc with the housing rental market.

That contention did not stand up to Eslake’s scrutiny.

While there were significant rises in rents in Sydney and Perth, he found that that was due to the tighter rental market in those cities and were not related to the tax change.

Significantly, there was no uniform rent rise across capital cities. During that period real rents fell considerably in Brisbane and Adelaide, while Melbourne experienced no real growth in rents. But after the housing lobby’s full-scale scare campaign, Keating backed down, allowing landlords to rush in and buy multiple properties. Within two years, prices jumped by 60 per cent, thereby squeezing out many first home buyers in the process.

The overwhelming economic evidence shows that in its present form negative gearing distorts the housing market, allowing those who own multiple properties to vie in the same playing field as those who are still trying to buy their first home.

Providing a mechanism to taper the housing boom trajectory, while still allowing properties to appreciate in value, is far more equitable for those still pursuing the Australian dream.

It was Malcolm Turnbull himself that said in 2005 “Australia’s rules on negative gearing are very generous compared to many other countries”. Now he uses the language of Whyalla saying if Labor’s changes are introduced housing values will be “smashed”.

As his counterparts in the New South Wales government argue that this issue should at least be discussed, it will take more than Whyalla type statements to convince voters otherwise.