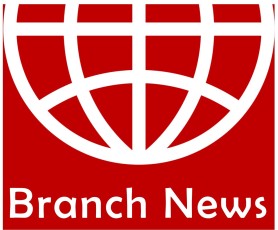 Annerley Branch members have unanimously adopted a resolution calling on the Australian Labor Party to support self determination for the people of West Papua. The Indonesian province, under military occupation since 1962, has come under increasing international scrutiny amid growing concerns of genocide and ongoing oppression of its indigenous Melanesian population.

The resolution, adopted at the December general meeting of the Branch, asserts that the people of West Papua should be allowed a free and democratic vote to determine whether they remain a province or become their own sovereign nation.

In recent years, the plight of West Papuans and their struggle for independence has come to public attention through social media and independent reports from people who have visited the troubled area. Amnesty International, for example, continues to raise concerns about human rights violations within the province, stating in one digest that:

“Amnesty International deplores the mass arrests of Papuan political activists by the Indonesian police forces both in Papua region and other provinces in the country. They were arrested solely for exercising their rights to freedom of peaceful assembly and expression. Those who remain detained must be immediately and unconditionally released”.

A copy of the resolution has been conveyed to Shadow Foreign Affairs Minister – Senator Penny Wong for her response. The text of the Branch resolution is available by clicking here.

Earlier this month, the Annerley Branch handed over an impressive collection of food items to Micah Projects – a West End based, non-profit organisation well known for its valuable range of community programs – as a contribution to their annual Christmas Hamper Appeal.

The food was collected and donated by members of the Branch in response to what has become an annual call for support. Each year, Micah Projects organises a massive logistical effort in collecting and distributing hundreds of hampers to help families and people in need.

In addition to the hamper items, Donna Martin from the Annerley Branch presented Micah Projects with a cheque for $935 which was raised through a recently held movie night,  and included generous support from both Hon Jackie Trad MP and Hon Mark Bailey MP.

For more information about Micah Projects and their work, please visit their website at micahprojects.org.au

December saw the Annerley Community Bookshop & Neighbourhood Centre hold its annual general meeting for 2016. Attended by over 40 supporters, the Bookshop celebrated another year of achievement but also discussed the need to explore new ways to re-invigorate its day to day operations. Several members of the Annerley Branch also attended the meeting to show their support for the Bookshop and the important role it performs in the local area.

The Annerley Branch currently sponsors the Australian politics section within the local Bookshop and will be exploring additional ways it can support the organisation in 2017. For more information about the Bookshop, please visit their website at www.annerleycommunitybookshop.org.au

Finally, to all our readers, members and supporters, best wishes from the Annerley Branch during this Festive Season! We hope you have a Merry Christmas and a very Happy 2017.