Skip to content
HomeQueensland electricity most secure and in public ownership: report 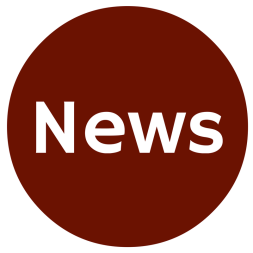 A report by the independent Grattan Institute has confirmed Queensland’s publicly owned electricity generation, transmission and distribution was the most secure of all mainland States connected to the National Electricity Market (NEM).

Premier Annastacia Palaszczuk, (pictured), said according to the Grattan Institute and the Turnbull Government’s Australian Energy Market Operator, Queensland was the only mainland NEM State to be assessed to be “no shortfall” risk for two and 10-year outlooks.

“My Government stopped Tim Nicholls and the LNP privatising Stanwell, CS Energy, Ergon, Energex and Powerlink. By keeping these businesses, including a fleet of coal-fired power stations in public ownership, we have kept our electricity supplies the most secure and put maximum downward pressure on electricity prices,” she said.

“While there has been double-digit price increases in other States, we have kept price increases to an annual average household bills to 1.9% over the last three years. Average annual electricity bills increased by 43% under Tim Nicholls.”

As Grattan Institute report shows, the privatised electricity networks in the other mainland NEM states of New South Wales, Victoria and South Australia present shortfall risks as early as 2019-20.

“The NSW situation is perverse. The NSW LNP Government privatised their electricity businesses and they have refused to develop their own energy resources, including gas.”

“On privatisation, the Federal LNP Government gave the NSW LNP Government $2.19 billion bonus to privatise its assets, including in the electricity sector. Now Malcolm Turnbull says he’s concerned the private owner of the Liddell power station in NSW – AGL – will close it in 2022. Why did he encourage the NSW Government to sell its energy businesses in the first place?”

“Queensland taxpayers shouldn’t have to pay to keep a privatised NSW power station open. Queenslanders didn’t stuff this up – LNP politicians in Canberra and Sydney did.”

“Unlike NSW, Queensland has developed its gas reserves for domestic and export markets.”

“Queensland sent more than 3700 gigawatt hours of electricity to New South Wales last financial year to keep its power on.”

“Without Queensland, New South Wales – including the Prime Minister’s harbour side mansion – would struggle to keep their lights on.”