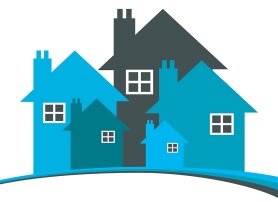 Retiring into Poverty – A National Plan For Change: Increasing Housing Security For Older Women was presented by the Parliamentary Friends of Homelessness and Housing Affordability.

Recent ABS figures show a 31 per cent rise in homelessness among older women between the 2011 and 2016 Census. The paper looks at the issues underpinning this alarming rise including a lack of affordable housing, low levels of superannuation and deficiencies in the social security system.

Shadow Housing and Homelessness Minister Doug Cameron said governments cannot continue to ignore the gendered determinants of housing insecurity and homelessness for women, which he said stem from gender inequality. “These factors include the gender pay gap, the unequal division of caring responsibilities and its impact on things such as workforce participation and outcomes in superannuation.”

“This report does a very good job of drawing attention to some of these key issues and how they are manifesting in greater housing insecurity and homelessness for older women.” This includes the insightful observation that: “The root cause of all homelessness is poverty. Older women are more likely to be living in poverty than older men due to a lifetime of discrimination that included unpaid or under paid work.”

Mr Cameron said a Shorten Labor Government will address the gendered components of homelessness, including long-term and structural economic disadvantage experienced by women.

Labor will also:
• Pursue a comprehensive suite of housing affordability and supply reforms – including our commitments to restrict negative gearing and capital gains tax concessions.
• Develop and implement a national plan to reduce homelessness through the Council of Australian Governments.
• Reinstate a Minister for Housing and Homelessness, and re-establish the National Housing Supply Council, and
• Provide $88 million over two years for a new Safe Housing Fund to increase transitional housing options for women and children escaping domestic and family violence, young people exiting out-of-home care and older women on low incomes who are at risk of homelessness.

Please Note: During the COVID-19 pandemic, our monthly meetings will be conducted online.