What will be swept under the carpet in the run-up to this next federal election now that misuse of public money has become an art form?

We have had the $101 million sports rorts and the $660 million ‘car park fund’ without projects even being properly assessed. Secrecy remains as requests for transparency through the use of freedom of information still leave many stones unturned.

When the NSW ICAC sought to uncover similar questionable deals allegedly involving the premier of that state, Morrison called the inquiry “shameful” and “disgraceful”. Some of his MPs laud how communities have benefited from new facilities, ignoring the fact that the favouring of projects of lower priority to gain votes means other communities with greater needs miss out.

The recent wooing of Gladys Berejiklian to run for the seat of Warringah gives me a sense of deja vu.

In 2019, Scott Morrison thought it a shrewd move to parachute Warren Mundine into contesting the Liberal-held seat of Gilmore, after the stepping down of Ann Sudmalis. Mundine had party-hopped from Labor to Liberal Democrat to Liberal exposing his desperation to break into federal politics. Labor couldn’t believe its luck and gobbled up the offering.

Despite Gladys Berejiklian being backed by Morrison and members of the NSW Liberal Party, she would not have had an easy time against a very proficient Zali Stegall, who is considered by many to be a forward-looking politician seeking a new vision for Australia particularly on the issue of climate change. Zali remains a beacon for those in her electorate who tired of Tony Abbott, for not only slowing down the move toward marriage equality, but also placing a handbrake on any credible climate action. 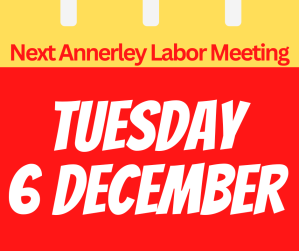