Skip to content
HomeChanging that date: the talk we need to have

Every 26 January, an almost predictable occurrence in our ongoing national conversation, is the appropriateness of that date as our so called ‘national day’. Thats right: ‘Australia Day’.

We do know that on 26 January 1788, Captain Arthur Phillip, in command of a fleet of ships, raised the Union Flag and proclaimed British ‘sovereignty’ over the eastern half of the Australian continent. It was the commencement of colonial rule and the occupation of land by force of arms.

However, we also know that for our First Nations, January 26 is not a day of celebration. Instead, it is a day of mourning, of invasion and of survival in the face of oppression, genocide, cruelty and assimilation.

This fact begs the question. How can we truly have 26 January as our national day when it is a symbolic date of tyranny for others?

How can we truly call it our ‘national day’ when we indeed did not become a nation on 26 January 1788? (What former colonial possession celebrates the day it become a colony as their national day?).

Then, for some of our ancestors, 26 January was a date of forced imprisonment as a result of a harsh and brutal judicial system that punished the poor, whilst making others very wealthy.

Every year, the call to change the date of our ‘national day’ gets louder. Every year, more Australians are expressing their view that 26 January is not an appropriate date to be proud of, but a date steeped in colonialism that does not mean a day of freedom, but a day of repression.

Some Australians are now eager, out of respect to our First Nations communities, to swap the public holiday for another, recognising 26 January as a Day of Mourning, with nothing to celebrate, nothing to be proud of.

However, it is acknowledged that changing the date is but one step. But it is indeed a vital step in the long road to reconciliation with our First Nations people. We still have much more to do to recognise our past and walk together for our future.

We, as a nation, cannot be frightened to have a proper, respectful debate about our so called national day. Australians must confront the reality that 26 January significantly fails us as a modern nation. It is not a day of national unity, but a continuing symbol of imperialist domination, oppression and subjugation.

We need a day that all of us can celebrate. 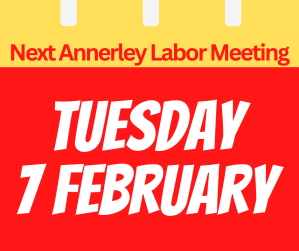