36 community services have been successful in securing funding for the next three years, starting from July 1.

But the Attorney-General warned that despite Queensland boosting its contribution, there was still a funding shortfall because of the Turnbull Government’s decision to slash $2 million from Queensland’s services.

“The Palaszczuk Government is now covering 60% of the costs of providing these vital services,” Mrs D’Ath said. 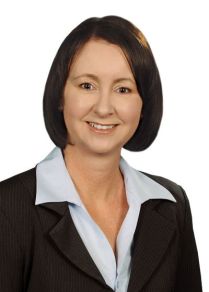 “In its proposed cuts, the Turnbull Government has turned its back on our most vulnerable because the funding shortfall will mean thousands of people across Queensland will be turned away from Community Legal Centres.

“These centres need funding certainty to continue to do their valuable work.

“I call on the Turnbull Government to reverse the cuts that are proposed to come into effect on July 1.”

Mrs D’Ath said the Palaszczuk Government’s portion of the allocated funding to Community Legal Centres would increase every year over the next three years, but that would not stop the impacts these centres will feel from the Federal Government’s ‘funding cliff’.

“The Palaszczuk Government will continue its contribution in funding Community Legal Centres, because we understand how vital they are,” she said.

“However, we will see cuts to real funding occurring in this funding round due to the Commonwealth cuts.

“Under the new funding allocation for the next three years, the LGBTI Legal Service will receive funding for the first time, to help implement our government’s significant reforms for the LGBTI community.

“The Women’s Legal Service will receive an extra $100,000 from the Palaszczuk Government to run its Help Line, in addition to receiving $3.6 million over the next three years.

“The two Queensland Environmental Defenders Offices, which had all their funding stripped by the LNP Government, will receive $600,000.

“The Gold Coast Community Legal Centre and Advice Bureau receives an extra $105,000 a year, taking their funding up to $2.5 million.

“And the North Queensland Women’s Legal Service receives $2.4 million for its vital services in Townsville and Cairns.”

The Caxton Legal Centre has also been allocated $4.8 million over the next three years to continue delivering services, including assisting those involved in Domestic and Family Violence matters.

Mrs D’Ath said she was pleased with the high quality of applications received and the value-for-money of the proposals set out in the applications.

“I thank Community Legal Centres Queensland for their invaluable support to applicants throughout the application process.”

Mrs D’Ath also expressed her gratitude to the legal assistance services sector, both funded and un-funded, acknowledging the dedication and hard work of those working in the sector.

“Thank you to all involved in the delivery of such valuable services to vulnerable Queenslanders.”

The Commonwealth funding allocated through this process is allocated to Queensland CLCs under the National Partnership Agreement on Legal Assistance Services 2015-20.