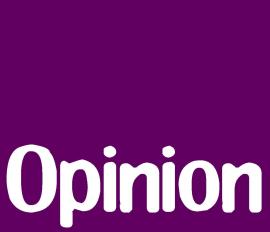 There’s been some talk that Labor is no longer committed to our target of 50 per cent renewable energy by 2030.

These reports are wrong. We are absolutely committed to seeing 50 per cent of our energy mix coming from renewables by 2030. That’s our target, and we’re sticking to it.

More renewable energy means more jobs, lower power prices and less pollution. The old coal-fired power stations are starting to shut down and we need to replace them with new energy sources. Renewables is the answer – it’s not just cleaner than coal, it’s a lot cheaper too.

There has been some confusion about the difference between the Renewable Energy Target (the RET Scheme) and our target of 50 per cent renewable by 2030.

The RET scheme is a legislated mechanism to 2020 which is supporting renewable investment today. The most important way of reaching our 2030 target will be an Emissions Intensity Scheme for the electricity sector. All the experts agree – this is the cheapest way to cut pollution and provide desperately needed investment certainty.

The 50 per cent target will generate nearly $50 billion in new investment, create nearly 30,000 new jobs, and save households and businesses $15 billion off their power bills over the next 10 years.

Sadly, Mr Turnbull has recently been talking down renewable energy and has ruled out an Emissions Intensity Scheme. This is bad news – even his own former energy adviser has warned it means power bills will go up, electricity will be less reliable and pollution will grow.

Mr Turnbull now says his plan is to invest taxpayer money in new coal-fired power stations! Even the big polluters think this is a bad idea. The industry has called new coal “uninvestable” and the climate scientists have warned we won’t meet our obligations under the Paris Climate Change Agreement.

And don’t be conned by tricky Liberal language: even the best brand new “clean coal” plant is still only 80% more efficient than the traditional coal-fired power station. That means it will still emit a hell of a lot of pollutants.

Modelling by the University of Melbourne has also estimated that replacing old coal-fired power stations with “new coal” would cost $62 billion. So it is still dirtier and much more expensive.

Labor believes in cleaner, cheaper power which encourages new investment and new jobs – that’s why we’re backing renewable energy all the way. Our grandchildren need us to!

We will keep fighting for 50 per cent renewables by 2030. It’s good for the economy, it’s good for jobs and it’s essential for our precious environment.